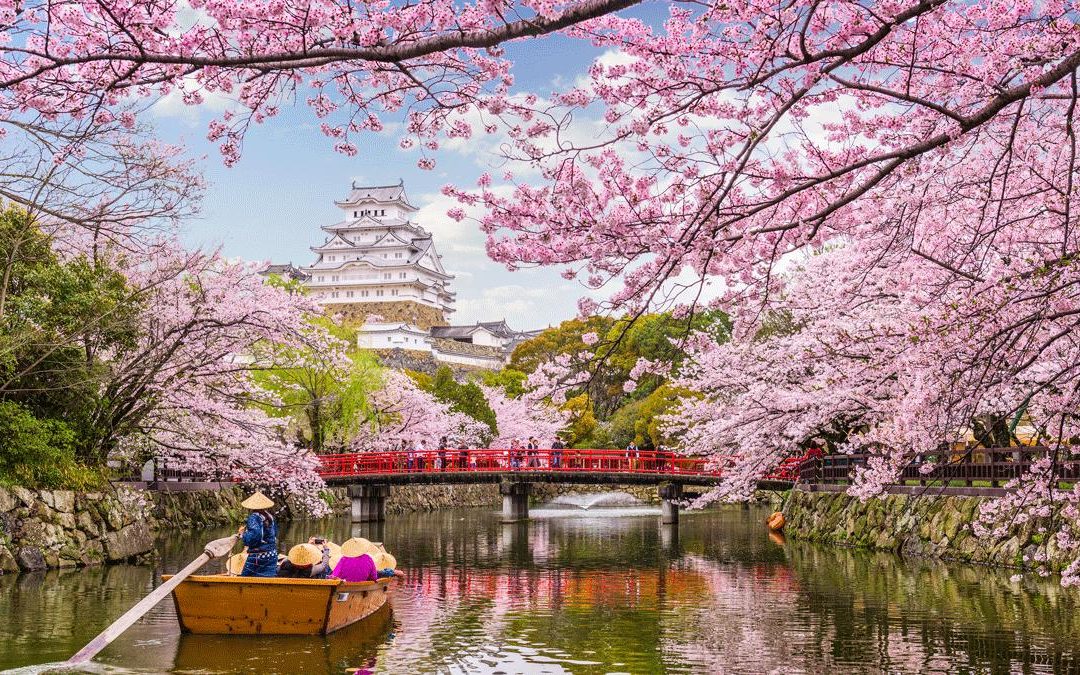 Swap city life for contemporary art, relaxing hot springs, and the best udon you’ve ever had in seaside Setouchi.

While many travelers (rightly) set their sights on Japan’s Golden Route – Tokyo, Mt. Fuji, Kyoto, and Osaka – a wealth of quieter, culturally rich experiences lie beyond those big-ticket stops. Exhibit A: The Seto Inland Sea, a calm body of water between the islands of Shikoku, Kyushu, and Honshu, where thousands of tiny islands reward visitors with an intimate taste of Japanese culture, cuisine, and beauty.

Thanks to a mild climate and abundant sunshine, the area around the Seto Inland Sea (also known as the Setouchi region) draws comparisons to the Mediterranean… just swap the Champagne-soaked beach bars for sake-filled izakayas (pubs) and the seaside spas for ancient onsen (hot springs). The Setouchi Triennale art festival has made Naoshima and its neighboring islands pilgrimage destinations for contemporary art lovers, although much of this region has remained under the radar to date.

“Most of the islands are small and on the cusp of being discovered by tourists,” says Kay Fahlberg, a Virtuoso travel advisor. “There’s charming Shōdoshima, where you can visit olive groves and bicycle through the countryside; and Itsukushima, home to the mystical Great Torii Gate in front of the Itsukushima Shrine.” That’s in additions to attractions like Hiroshima, Kurashiki, and Himeji Castle on the main island of Honshu.

It’s easy to get to the Seto Inland Sea: Shikoku’s and Honshu’s prefectures are about an hour’s flight from Tokyo or a 90-minute train ride from Kyoto. From there, frequent ferries shuttle travelers between the islands.

Your Virtuoso travel advisor can work with EXO Travel Japan, Boutique JTB Japan, or Windows to Japan – Virtuoso’s on-site tour connections in the country – to create custom itineraries throughout Setouchi. Options include everything from yacht charters and castle tours to private island accommodations and intimate overnights in a traditional ryokan (inn).

The 750-mile Shikoku 88 Temple Pilgrimage encircles the entire island of Shikoku with a spiritual route marked by 88 Buddhist temples. Visit in March or April and you’ll likely spot pilgrims, clad in all white and wearing traditional rice hats, who complete the circuit in six weeks. These temples, all dedicated to the ninth-century Buddhist monk Kobo Daishi, promise impressive architecture with minimal crowds.

Travelers can hop on a bike or embrace tradition and try a portion of the trek on foot, as some of the temples are just a few miles apart. Visit the Gokuraku-ji Temple in Kamakura to see manicured gardens and a 1,000-year-old Japanese cedar (believed to have been planted by Kobo Daishi himself). On Shikoku’s northeast coast, the Jizō-ji Temple in Itano holds 200 life-size, wood-carved statues of Buddha’s disciples.

Pedal along the Shimanami Kaidō Bridge

Japan’s most famous (and arguably most beautiful) cycling route spans a 43-mile stretch of suspension bridges known as Shimanami Kaidō. Start in Onomichi on the main island of Honshu or set off from the city of Imabari on Shikoku to cross six islands along the way: Mukaishima, Innoshima, Ikuchijima, Ōmishima, Hakatajima, and Ōshima. Avid cyclists can complete the route in a day, but slowing down to savor a section or two is worth it.

Virtuoso travel advisors can arrange bike or e-bike rentals and plot a route tailored to your interests. Ōshima’s Kirosan Observatory Park provides some of the best views of the Inland Sea, while the tiny island of Ōmishima is known for sustainable development initiatives, architecture museums (don’t miss the Toyo Ito museum), wineries, and the curved arches of Shinto shrines. Art fans should head to Ikuchijima’s Hirayama Ikuo Museum of Art, dedicated to the famous Japanese painter born on the island.

Sample some of the local Japanese cuisine.

Soak in a Traditional Onsen

Japan’s volcanism has created a natural environment for thousands of onsen, or traditional hot springs – and Shikoku holds some of the best. Soaking in these mineral-rich waters is a revered and ancient Japanese practice, which travelers are welcome to try – as long as they’re respectful of tradition.

First things first: Be prepared to strip down to your birthday suit. Soaking in a rorenboru (open-air hot spring) or sento (public bathhouse) requires complete nudity, which is why most onsen usually have separate sections for each sex. (If that’s not for you, many traditional ryokans have rooms with private rorenboru baths attached.)

“It’s important that you always use the onsen’s showers before entering the hot springs,” Fahlberg says. “And be sure to drink plenty of water after your soak.”

Reflective tide pools on Chichibugahama Beach are an Instagram favorite.

Chichibugahama Beach on Shikoku’s northern coast stretches across half a mile of sand overlooking the Seto Inland Sea. During low-tide sunsets, tide pools reflect a mirror image of the sky, creating a coveted Instagram backdrop similar to the salt flats of Bolivia’s Salar de Uyuni. The surrounding mountains protect the area from wind, keeping the pools calm and the views expansive.

Time your sunset stop with a visit to nearby Mitoyo to rent a sea kayak and paddle to the uninhabited Tsutajima islands or sample the local seafood. For the latter, be sure to try iriko (dried baby sardines) and houraku-yaki, a platter of sea bream, tiger prawns, and locally caught fish resting on a bed of pine needles.